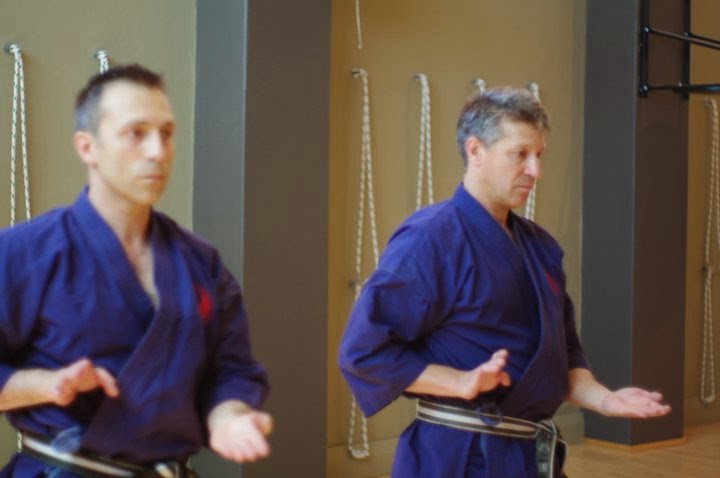 Muidokan karatejutsu is the mainstay of the Wu-Wei Dao martial system taught in the Academy at it's headquarters in Bayswater, Perth, Western Australia.

Structure of the syllabus

The Muidokan karatejutsu syllabus is divided into 3 areas of study: 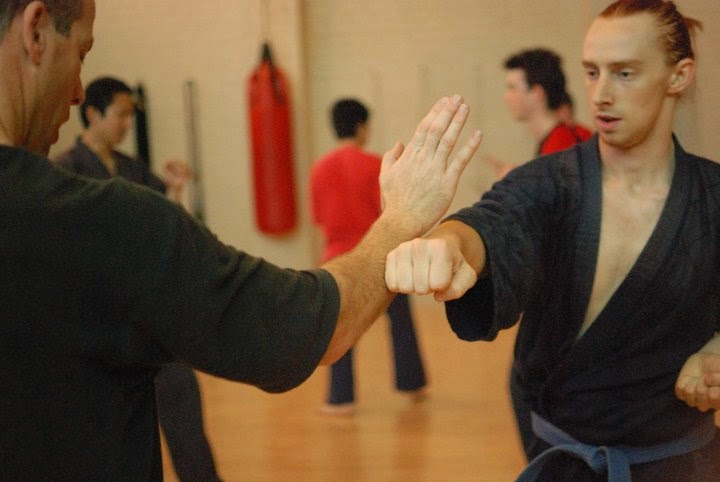 In addition to the technical syllabus the Academy teaches the traditional training methods of:

These methods are consistent with modern knowledge of human physiology and biomechanics.

Nevertheless Kancho Nenad has reviewed and modified these exercises slightly in order to bring them in line with the very latest in Sport Science knowledge and to suit the needs of the Western Lifestyle.

The core of Muidokan karatejutsu is the style of Okinawan Goju-ryu as developed by karate master Chojun Miyagi .  It is a true combat art, not at all suited to modern day sport karate competition. Instead, goju-ryu is a counter-attacking system based on a synthesis of hard linear type techniques with softer circular movements. Goju-ryu's circular blocking actions and evasive body movements not only deflect and/or absorb an opponent's energy but serve to wind up the body like a spring so as to unleash explosive counter-attacks.

These can take the form of a series of strikes beginning with kicks, followed by groin and joint kicks, foot-sweeps, stamps, punches, a variety of open hand strikes and finishing with knee and elbow strikes, rips, tears, gouges and headbutts. Gripping, pulling, pushing, jamming and joint-lock techniques are also included, as are throws.

For an essay on the history of karate go here. 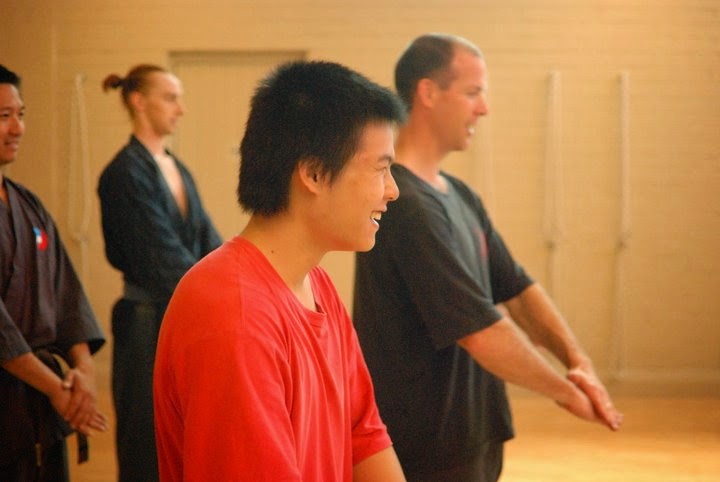 The name the Academy has given to its style of karate - "Muidokan" (無為道館) - is the Japanese pronunciation of "Wu-Wei Dao" with the added "kan" (館 - "guan" in Chinese) meaning "training hall".

The term "jutsu" (術) refers to an art or discipline.

In summary, the term "Muidokan karatejutsu"
(無為道館  唐手術) means "the art of karate as taught at the Wu-Wei Dao training hall".

The Academy uses the original characters for "karate" - 唐手術 (pronounced "tode" in Okinawan) meaning "Chinese hand" (literally "Tang hand" - a reference to the Tang dynasty of China).  It was only in the 1920s onwards that the character  唐 ("Tang") was changed to its homonym  空 meaning "empty".  This change was made purely for political/nationalist reasons and the Academy has sought to return the name to its original characters and meaning.