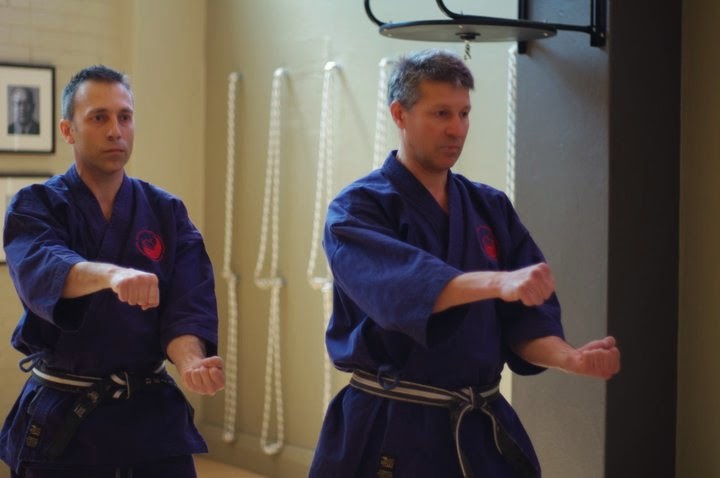 On the surface, kata appears to be fixed sequences of techniques and movements designed as effective defenses against attacks by several opponents from different directions. However kata are more than this; they are essentially the heart and soul of martial arts training and development.

Unfortunately, during recent decades, as a result of the accelerating dilution of the traditional arts and the fighting systems through the desire to popularize and market all physical activities this facet has become misunderstood and even maligned. By learning and practising the various kata and their applications (bunkai) from beginner level up to the highest ranks, students at the Academy have an entrenched medium which stimulates, matures and balances their individual, physical, mental, emotional and spiritual attributes. 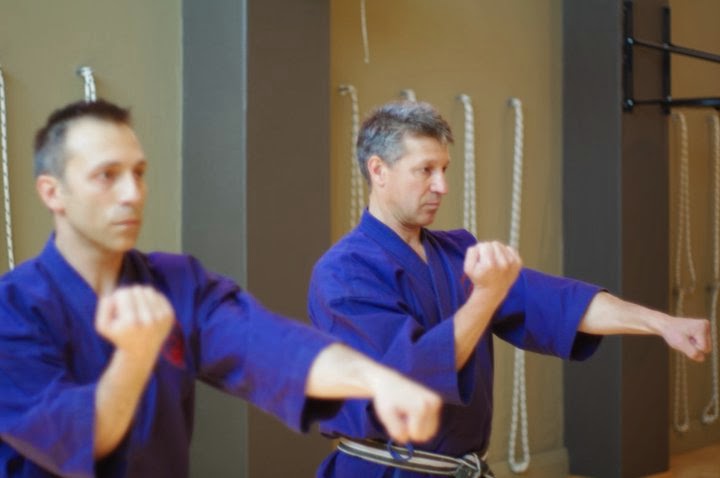 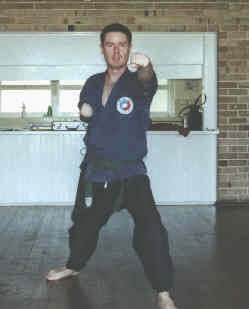 Fukyugata is composed of 3 characters, the first meaning "general; popular; everywhere; universal", the second meaning "to reach" and the third meaning "form".

Together the characters mean "kata to be spread or shared" - a reference to popularising karate via basic, though effective kata that are easy to learn.

This dynamic tension and breath control exercise is the fundamental kata ("heishugata" - literally "closed fist form") of Goju-ryu. Its name: San - "three", Chin - "battle" - refers to the 3 battles of mind, body and spirit/breathing. Sanchin kata originated in southern China, and indeed versions of the kata are still being performed both there and in Taiwan. 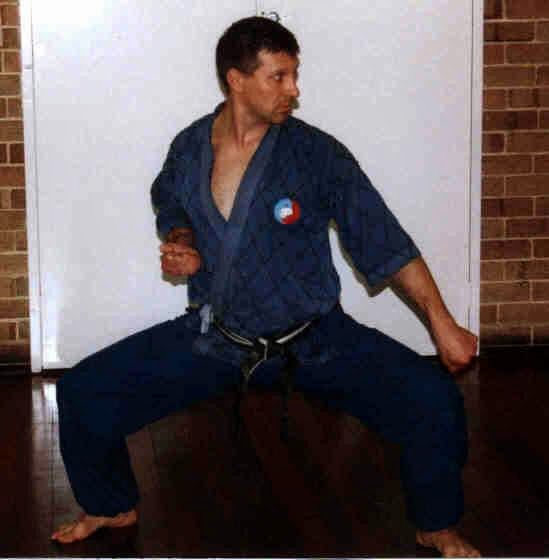 The Chinese character for "geki" means to defeat and the character "sai" means to smash or demolish.   Dai ichi and dai ni mean No. 1 and No 2 respectively.

"To smash and tear"

This is the first of the advanced kaishu (or "open hand") group of kata. The name of this kata uses the same Chinese character as for the 'sai' found in Gekisai kata. The second character 'fa' means to tear or rip. It therefore means "to smash and tear". It is pronounced "Sui-po" in Mandarin, "Sai-fa" in Okinawan dialect and "Sai-ha" in Japanese.

The Muidokan version of this Shorin kata is a simplified one developed by Anko Itosu from the original Chinese form taught by Sokon Matsumura. The characters used by the Academy literally mean "battle in a horse stance" (see "The naming of naihanchi, naifuanchin or naifunchin").

"To control and pull in battle"

The standard kanji of Seiunchin mean “to control and pull in battle”.  This is said to be an Okinawan attempt to pronounce the Hokkien/Amoy reading of the characters (pronounced "zhi yin zhan" in Mandarin).  Sei/zhi means to control, un/yin means to pull, and chin/zhan means to do battle. 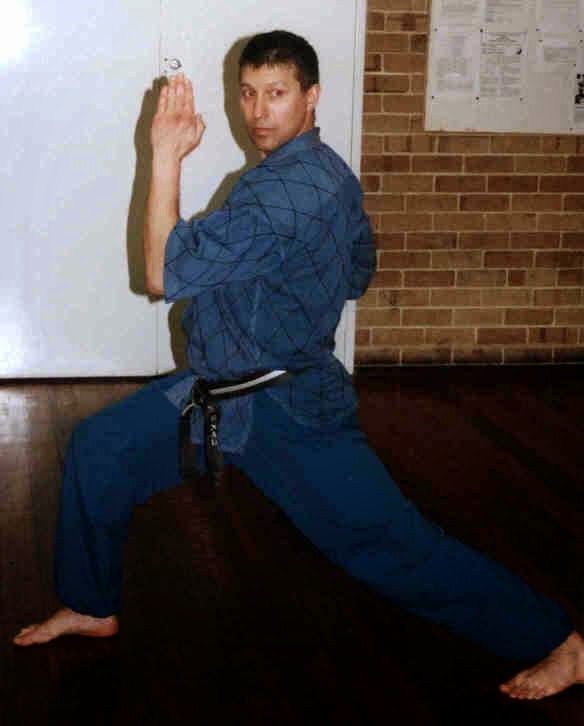 The standard kanji of Shisochin mean “four directional battle”.  This is said to be an Okinawan attempt to pronounce the Hokkien/Amoy reading of the characters (pronounced "xi xiang zhan" in Mandarin).  Shi/si means "4", so/xiang means "direction", and chin/zhan means "battle".

This dynamic tension and breath control exercise is the second of the fundamental kata ("heishugata") of Goju. The character "ten" means rotating, revolving or changing, while the character "sho" refers to the palm of the hand. The name describes the movements of the palms that characterise this kata.

Sanseiru is one of the 4 "core" kata brought back from China by Kanryo Higaonna (although the origins of Miyagi's version are disputed by some - see "Origins of goju-ryu kata: Part 1").

The standard kanji of Sanseiru mean “36”. The pronunciation is an Okinawan rendering of the Fujian dialect. "San" means 3, "sei" means 10, and "ru" means 6. The number has siginificance in Buddhist tradition.

The standard kanji of Seipai mean “18”. The pronunciation is an Okinawan rendering of the Fujian dialect. "Sei" means 10, and "pai" means 8.  It is thought that this name was given because the kata has (or originally had) 18 types of movements/techniques.

Seisan is one of the 4 "core" kata brought back from China by Kanryo Higaonna (see Origins and analysis of Seisan).

The standard kanji of Seisan mean “13”. The pronunciation is an Okinawan rendering of the Fujian dialect. "Sei" means 10, and "san" means 3. The number 13, a prime number, is a symbol of good luck and prosperity in China.

"To detain for a long time then suddenly rip apart"

The name of this quick and fast kata literally means "to detain for a long time and suddenly rip apart".

The kanji traditionally used for Suparinpei mean "108 hands". This is the longest of the Goju-ryu kata and is regarded as the most advanced.  This kata utilizes many techniques and contains a great number of applications. 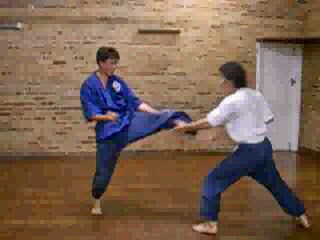 Embu (Two Person Kata) were (and still are) a staple training method of Chinese boxing systems (where they are called "dui da quan"). Unfortunately this vital training method has been largely lost in modern karate which instead places too much emphasis on unrealistic "dojo" and sport competition sparring.

It is important to remember that kata and its bunkai are the essence of karate, and tenshin (evasion) and tai sabaki (body movement) are, in turn, the essence of bunkai... (read more)